Change is constant, and those best able to adapt to change are most likely to survive. Two musician/producers both named Paul Brown are rolling with the changes and proving baby boom-era types can create relevant Americana music today.
“Dusty Road” is a 12-song debut by The Brothers Brown, available March 28 on guitar great Larry Carlton’s 335 Records. The group is a tight four piece of session and touring pros who share writing and production credit on a fine collection of tunes that recall the spirit of Little Feat, Steely Dan and others.
Los Angeles-based guitarist Paul Brown—let’s call him LA Paul—won Grammies in 2003 for Best Pop Instrumental Album by producing and engineering “Just Chillin’” by Norman Brown (no relation). He produced about 50 No. 1 radio hits for George Benson, Al Jarreau, Boney James and many smooth jazz artists.
LA Paul also is an accomplished singer and songwriter who released the first of his seven solo jazz albums in 2004. Around that time, a keyboardist in Tennessee also named Paul Brown—let’s call him Brother Paul here—started getting royalty checks meant for LA Paul.
Brother Paul is a lifelong music pro who played keyboards with The Waterboys during their most recent world tour. At his Ocean Soul Studios in Nashville, he produced the “Down in Louisiana” album for soul king Bobby Rush, which was nominated for a Grammy. The two Paul Browns finally met at the Grammy awards in 2014.
“It was like we’d known each other forever,” LA Paul says. “We almost immediately started talking about writing songs together, and that quickly turned into forming a band and making an album.” 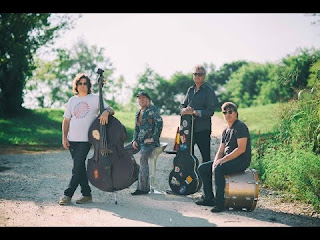 The pair started writing songs together over the Internet. They enlisted two Nashville-based musicians, bassist David Santos and drummer Peter Young. Santos has toured with Billy Joel, John Fogerty and Elton John, among others, and Young has performed with Loretta Lynn, The Burrito Brothers and more.
The group met in Nashville and performed together but found they liked recording parts on their own. “Dusty Road” tracks were recorded at LA Paul’s The Funky Joint studio, Brother Paul’s Ocean Soul Studios, Santos’ White Rock Studios and Young’s Ultra Audio Productions.
The end result is a funky blend of rock, jazz and blues sounds inspired by New Orleans and Nashville. It’s a fresh-sounding take on classic forms, created by undisputed masters.
“There aren’t that many new artists coming along doing what we’re doing,” LA Brown says.
The lead track “Cup of Tea” sounds like something from the Lowell George songbook. Little Feat guitarist Paul Barrere makes a guest appearance later on the record, playing slide on “Hurricane.”
Radio-friendly rockers like “Sweet Cadillac” sound comfortable next to ballads like “Love Sake.” LA Paul handles the bulk of the vocals and liberally sprinkles the tunes with jazzy riffs from his 1963 Gibson Johnny Smith L-5 with the floating pickup. You might pick up hints of Benson or Jarreau, but on this record LA Paul sounds like he went searching for something different and more along the lines of his early guitar influences like Jerry Garcia and Wes Montgomery.
Brother Paul makes his presence felt throughout with distinctive Hammond B3 fills and other sounds that feel perfectly chosen for the mood of a particular song, be it the bluesy “California” or the more uplifting groove of the title track. Lead vocals are shared, with Santos singing “The River” and Young singing “Drink You Off My Mind.”
The Brothers Brown haven’t said yet whether they’re planning to perform live together. But if they do, it would be fun if they joined the lineup for the Cincinnati Music Festival July 22-23 in Ohio.
It’s taking place at Paul Brown Stadium (no relation). 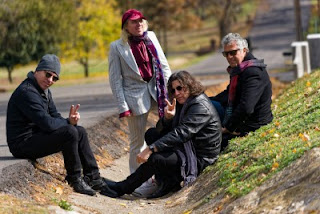