9 steps to becoming a better musician, performer and artist 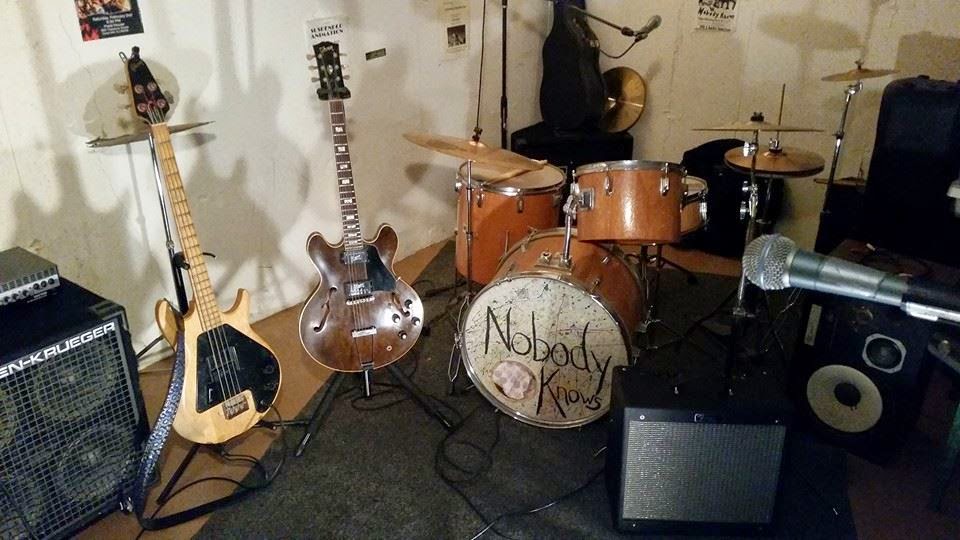 I've learned much in nearly 50 years as a hobbyist musician and about 35 years as a songwriter. Remarkably I feel I've learned more about making music in just the past three years than all of the previous ones combined!

Just to recap, three years ago I switched from playing bass as a primary instrument to guitar--acoustic mostly but some electric. Every so often it helps to pause and reflect on how far you've come, so here are nine things I've learned about becoming a better musician, performer, songwriter and recording artist.

1.) Get good gear. You might start out with hand-me-down instruments and amplifiers, and that's OK for starters. But if your gear is subpar you've got to save up and invest in better equipment. I bought stuff as I needed it and as I could afford it until one day I looked around and realized, "Hey, this is a kick-ass professional setup!"

2.) Make a professional studio recording. Many musicians make home demos, and some are top-notch. But people who record in a professional studio discover that music-making is a collaborative process. While the end result may not always be what anyone expected at the onset the conclusion always seems inevitable. Don't let affordability be your excuse. Save your money, find the best deal and record a few tracks as you're able. Not every session has to result in a full-length album. 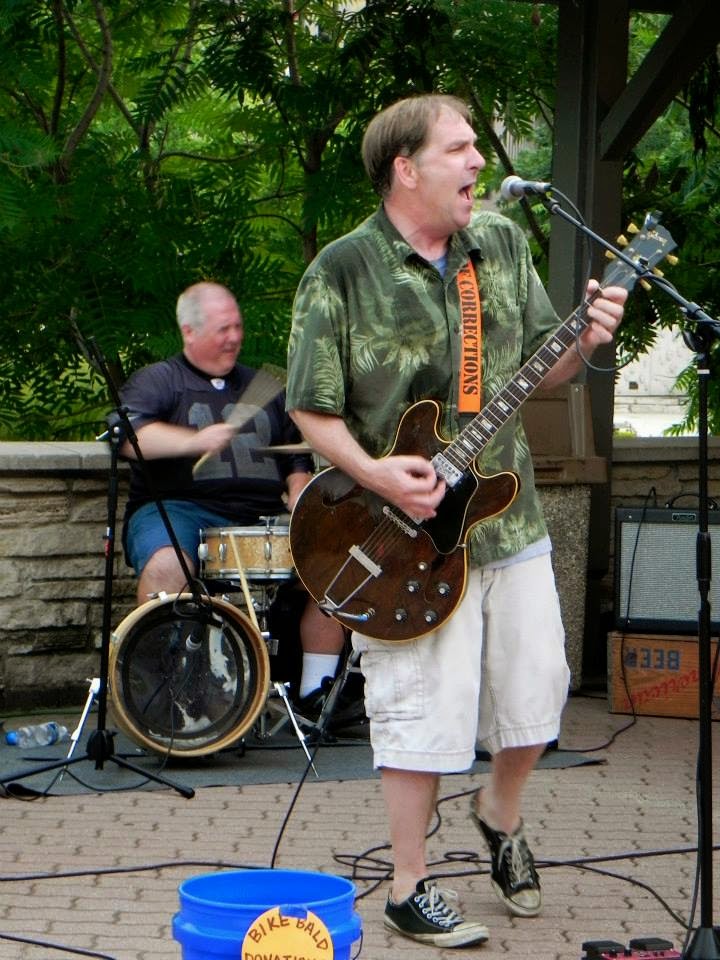 3.) Perform regularly. There's no substitute for experience. If you don't gig regularly, find an open mic and perform at least once a week. You'll become more comfortable performing in front of an audience and learn the importance of interacting with a crowd--however large or small. You've always got to be in the moment when performing live. You can go in with a plan but it helps to be versatile enough to call audibles, like when The Blues Brothers showed up at Bob's Country Bunker and had to play country and western to save their hides. Learn to banter with people, work on your timing and most importantly--be relaxed.

4.) Take lessons. I'm almost 50 years old and I can tell you taking guitar lessons is the best investment I've ever made. It's helped not only improve the music, but overall confidence in everything. I don't always practice what teacher shows me but I listen very closely and usually discover something new about theory, rhythm, harmony or some other aspect of music.

5.) Get in tune. This one sounds obvious but you'd be surprised how many musicians--guitarists in particular--don't understand the importance of being in tune. Invest in a tuner. Your ear will become better to the point where you'll be able to tell instantly when someone is out of tune. If the music is out of tune the singers will have difficulty singing notes in key. You don't need to be born with perfect pitch--you can acquire good pitch over time, and it matters a great deal.

6.) Play sober. I hear a lot of professional musicians laughing at this one and a bunch of weekend warrior good ole' boys scoffing. I can only speak from experience. From my earliest days making music with friends we always had beer when we jammed. It was fun! And alcohol helps many of us achieve that most important part of No. 3 above, which is to be relaxed when performing. But someday you'll play a family party, or in church, or in a public setting when drinking is prohibited and you'll discover you can play sober and still have fun! And you'll remember it better, and you will sound better--ask anyone. A lot of great artists sobered up at some point in their lives. And many who didn't clean up in time died too young. 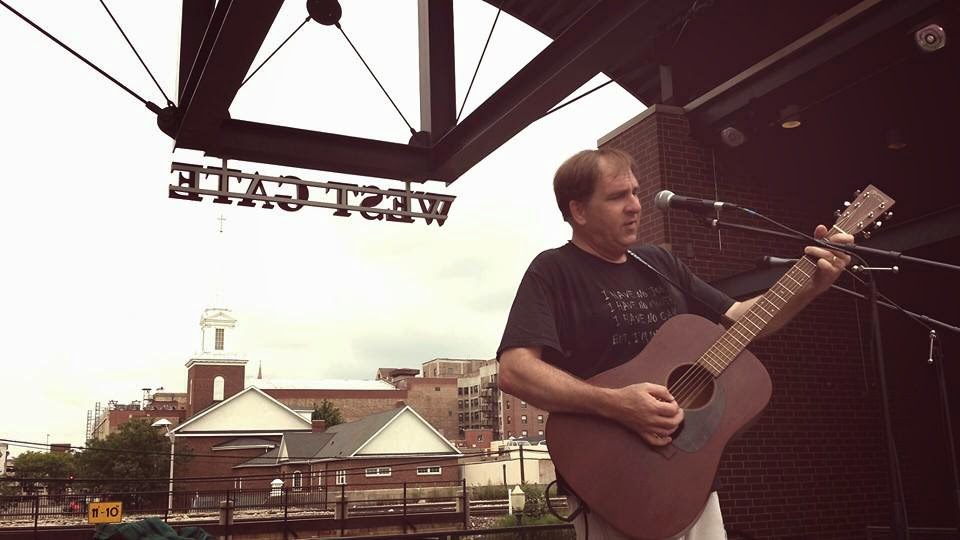 7.) Be a class act. Dress nicely. Speak politely to and about others. Listen to others, when they talk or play, and you'll learn a lot. Think about others, care about others and how you might be able to help them. Karma is real, and if you show kindness to others you will be repaid. Why, it's the Golden Rule, the Greatest of the Commandments: Treat others as you would like to be treated. All of organized religion is based on this notion, after all. It sounds counter-intuitive, but the more you think of others the happier you will be.

8.) Be socialable. Meet people. Make friends. Friends lead to connections and offers and invitations. Expand your circles. Try different places. You never know what you'll find. If you need a wing man, bring a friend. But get out and experience live music, even if you're not performing that night. You'll be amazed at how exposure to a real music scene will improve your own craft and give you all kinds of new ideas and inspiration.

9.) Nourish your soul. Pete Townshend once said music comes from the heart, lyrics come from the head and the voice comes from God. But what about the soul? Art without passion may be technically proficient but tends to lack the hard-to-describe "X-Factor" that touches people emotionally. Soul is about energy, attitude and intensity. To nourish your soul you might have to confront your fears or demons, relive your happiest childhood memories or fall in love all over again. Find your source of inspiration and allow it to lend passion to your craft.

Posted by Unknown at 4:43 PM No comments:

Hi all! Hope you had a Merry Christmas! Just realized I haven't posted an update since November, and there's much to recap!

The "Farewell Tour" was fun. The shows at Lewis University with John Condron and Allison Flood, opening for Chase Walsh at Chicago Street Pub and playing covers at 30 Buck with Tim Placher were all very enjoyable. The Nov. 29 set opening for Dan Dougherty's new project On The Off Chance didn't happen due to illness among band members, but I caught Aly opening for them Dec. 19 at Ashbary Coffee House and they were phenomenal! Scott McNeil was there, too, and caught some spooky green orbs flitting about while recording video of Aly's set. It may be just a trick of the light but it's weird!

The Tribute to Shirley Kostka show Dec. 13 in Minooka by GBP was great, also. Drummer J. Michael, guitarist George Barnes, singer Ron Kostka and I rehearsed several times in recent months and played a solid two hours of hard rock originals and covers, and I opened with an acoustic set. Ron's daughter Terry sang the National Anthem. I agreed to do some recording with them in January, and they plan to continue the project with Ron on bass and Terry on vocals, but I passed on the offer to do more live shows with them.

Another reunion happened Dec. 20 at Chicago Street Pub. In addition to playing a set with Ron on vocals and George on guitar, Nobody Knows reunited for its first public show in more than 20 years! With good friends Dave Kent on guitar and Bill Moll on guitar and vocals, we played a good set even though we lacked drums. Ron was going to play but broke his arm two days before the show. Even though he was in a lot of pain he still came out and sang, and I greatly appreciate that! Thanks also to Scott for running sound and to Triz and Kathy and all at the Pub for being so supportive of live, local, original music.

Overall turnout at the "Farewell Show" Dec. 20 was pretty light, and it shows just how difficult it is to get people out to see you play. This was supposed to be my last billed public show for a while, remember? But between rehearsals and Ron's broken arm and this and that I ran out of time to reach out personally to people as I'd hoped, but it's OK. I kinda lost faith in the whole "Farewell" concept anyway, the more I thought about it.

You see, there have been other developments. I've decided not to become a hospice volunteer after all. I feel awful and have wrestled with this decision for a month or so, and apologize to all who feel I misled them. Many friends expressed support for the plan, and I waited months for an opening and went through all the training. But in the end I decided it's just not something I'm able to commit the time to doing at this time.

I still plan to spend time over the next few months writing new material. I'm continuing guitar lessons with Kev Wright of The Righteous Hillbillies, and he's providing great feedback on recent songs as well as some of the very old ones. Bill Moll also said the old stuff was really good and I'm taking a fresh look at some of the old tunes now that I can play them on guitar instead of bass. I'm looking forward to recording new demos in the months ahead.

Another new development is that the Wednesday night acoustic open mic at Tribes Alehouse in Mokena hosted by John Condron is on indefinite hiatus. Tribes is expanding and becoming a brewery, which is great news for beer lovers and very exciting for them! Unfortunately this means the end (for a while, at least) of a weekly gathering of a great community of musicians, songwriters and artists. I was fortunate to participate regularly for more than three years and learned much about performing and being relaxed while playing.

I also met many great people through Tribes, including Brian Motyll, who has just released a collection of new recordings he spent four months working on. He calls the album "Opal" and the project Riverhorse. You can download it for free on his Bandcamp page or make a donation. I think his singing, playing and songwriting are great, and you should check out his music!

I've also heard Aly's new five-song collection produced by John Condron and it's fantastic, but I'll wait to publish a review until her release "Blackbird" is commercially available through her record label, Flipside Works.

Also, cheers and a shout-out to The Vaudevileins, who played the legendary Metro in Chicago this month! I saw them perform Dec. 6 at Jeff Julian's Big Damn Dumb Variety Show at the Pub (well, three-fourths of them, anyway) and they were terrific as always!

With no more open mics at Tribes, there's opportunity to explore other options. The Pub is now having open mic on Mondays. On Tuesday this week I went up to FitzGerald's in Berwyn and played their open mic, which was fun (being Christmas, and having arrived early and signed up to go first, I played "Do You Hear What I Hear?" and got some in the crowd to sing along. I also played Muddy Waters' "Rollin' and Tumblin'" in the open D tuning Kev showed me). Ashbary has an open mic on Wednesdays, but it tends to attract a younger crowd.

Since I was in Berwyn I dropped by Harlem Avenue Lounge, where they were having an open blues jam. I hadn't been up to FitzGerald's or HAL to play in about a year, because it's quite a drive from Joliet, plus it would have been hard to do another weeknight out in addition to Wednesdays at Tribes. It was great seeing guitarist Pistol Pete, bassist Sam Cockrell, Laurance Glasser and many others again, but also humbling to say the least! I may be quite comfortable playing acoustic guitar in any situation but the cats at Kenny Zimmerman's HAL are the real deal when it comes to electric blues. A year of lessons with Kev has helped tremendously but I'm going to need more experience playing electric onstage with others before I'd be comfortable playing with the greats at the Lounge.